Be Your Kid’s Advocate 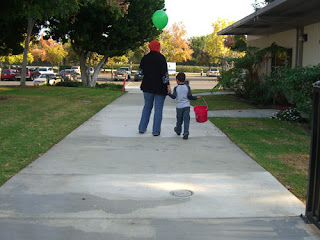 When Kolya first arrived 7 years ago he spoke no English.  We adopted him at the age of 9.  He started school one week later.

And I started school, too.  I started researching what an ESL–English As A Second Language–students (or what is now commonly called ELL–English Language Learners) educational needs are.

He wasn’t in a school where ESL services were offered.  And some of his teachers in the first four years at the Christian school he attended were very accommodating.  Others not so much.  I found myself, sometimes almost daily, having to step in and be Kolya’s educational advocate.  At times it was hard–especially with a teacher who didn’t like to be told that one of her students had special learning needs that she needed to adjust for.

But I kept advocating.  And his educational experiences kept improving.

And then there was another of my children.

Throughout grade school his grades continually dropped.  Missing assignments were more present than actual grades.  We instituted a “responsibility” reward and consequence motivational system at home.

We staying in close contact with his teachers and increased accountability.

We sat with him while he did he homework…but you still have to turn it in on your own and by the time he got to school, no matter how you helped him organize his school work he couldn’t find it.

Again, I went to school.  I talked to other moms.  I talked to our doctor. I researched on the internet.  And the subject of ADHD kept coming to the top.  We had no hyperactivity.  No major defiant behavior.

I went to school some more and learned about ADHD–inattentive type.  My pediatrician recommended a counselor and we scheduled appointments for testing.

He didn’t want to go.  He didn’t have a choice.

The tests were borderline but she recommended medication.  He resisted the idea of it.  Mark and I hesitated about it as well.  We all agreed to give it a month.

The results were astonishing.  Seriously the kid with straight D’s moved to all A’s and B’s.  The teachers–who we did not tell about the medication–were reporting a new kid in class.

The advocating…even though it took us years to figure out—paid off!

If you have a child with learning struggles, don’t give up.  Hang in there!  Your advocacy makes a difference!

Have you had any experience advocating for your child?  Share it with us so we can all be encouraged!