From Ukraine With Love 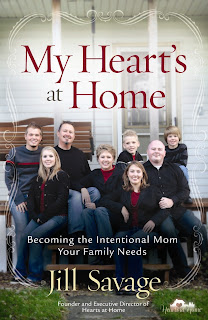 When I wrote the book My Heart’s at Home, I wrote about 12 roles that home plays in our life. One of those roles is “Home as a Cultural Center.”

Growing up our family had many international friendships. When we lived on the Indiana University campus during my preschool years, we had apartment neighbors from many different countries. One of my favorites was “Grandma Rosa,” a woman from Cuba who spoke not one word of English but managed to communicate to us little ones through her touch and her smile.

My father, then a teacher and principal, introduced us to an exchange teacher from Japan when I was in grade school. In high school, my family hosted an exchange student from France.

Now as a mother, I’ve tried to give our kids the same experiences. That’s why when we received a call in April asking us if we wanted to host a 14-year-old boy from Ukraine, Mark and I said yes!

Vladik (on the far left in the picture below) arrived less than 48 hours before we left on our family vacation, so I’m delayed in introducing him to all of you. 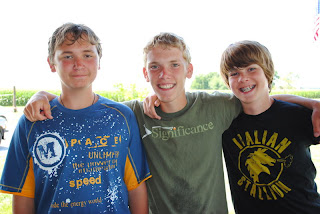 Vladik’s father, Dima, was our driver in Moscow when we adopted Kolya almost 7 years ago. His Aunt Larisa assists with Russian/American adoptions, including ours. So when Larisa wanted to give her nephew a taste of the United States, she began to look for a family–specifically one with boys–who could host him for a couple of months.

We’re so glad we got to be that family!