There’s light at the end of the tunnel! 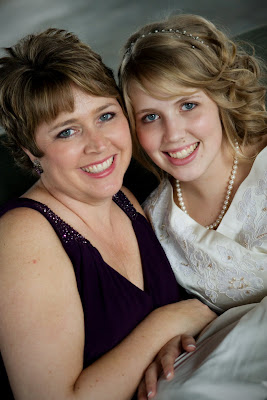 So tonight my newly married daughter, Erica, accompanied me to a speaking engagement in Morris, IL. After it was over and we were packing up the book table she said, “You did a great job tonight, Mom. I think the last time I helped you (which was a couple of years earlier) I had headphones on while you were speaking. I guess I was a pretty self-centered teenager, wasn’t I?”

I just responded with something like, “I knew you’d come out of it someday and I love the young woman you’ve become.”

She said, “I’ll probably see this on your blog, won’t I?”

I told her, “Absolutely! We have to encourage those moms who have self-centered teenagers right now that there is light at the end of the tunnel!”

We both laughed and I silently thanked God for redeeming the hard season we walked through with this strong-willed child.

If you’re in the middle of it…hang in there! It does get better!