A Boy and His Boat 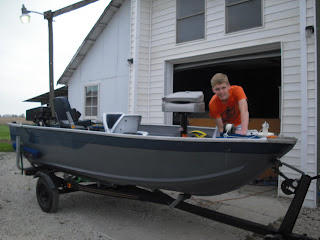 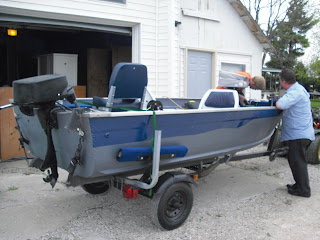 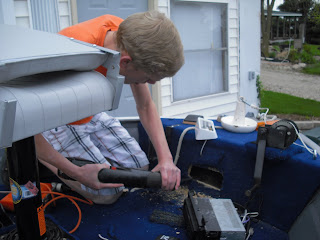 After adopting Kolya at the age of 9, we soon realized this young man thrived with a hammer in his hand.  He loved anything to do with creating, fixing, or building.

We also discovered several years ago this same boy loves to fish.  Everytime we’d go to the lake to fish, Kolya declared his desire to have a boat.

We knew that wasn’t in our budget, but we encouraged him to work and save toward his dream.

Last summer his dream came true.  Someone gave him a boat that had been in a fire.  It had to be refurbished so he went to work.  He used his own money and worked on his boat all winter out in our shed.  Several weeks ago he and Mark took it out for it’s maiden voyage.  It floated!

He’s all smiles when he’s working on his boat.  It’s this 16-year-old’s thing.

Last week I talked about home being a research lab.  Kolya tried soccer but it’s not his thing.  He’s taken some music lessons, but he could take them or leave them.  Video games….forget it.  But building, renovating, or fixing…yep that’s him!

What big dream did you have that your parents encouraged?  What dream have you encouraged you child to go for?