Today my post is our New Year’s letter we are sending to friends and family. As you get to know my family, I look forward to getting to know yours, too! If you have a blog, post a comment with the link and I’ll drop by for a visit!

Happy New Year From the Savage Family!
I think this is the first year I haven’t sent out our cards and letters before Christmas. I have no reason for that except for the fact that I’m fine with life going at a slower pace and not stressing myself over self-imposed (ok–even calendar imposed) deadlines. So we didn’t get the Christmas cards and letter out—we’ll make it a New Year’s greeting! Hopefully you’ll be through the holiday craziness and able to sit down and enjoy the greeting even more!

For the Savage family, 2007 was a full year. We adjusted to less children at home, traveled internationally, hosted new friends from Poland, celebrated Jill’s grandma’s 90th birthday, and enjoyed time with family and friends. 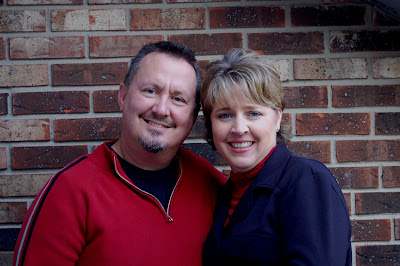 Mark and I traveled to Poland in May. I was asked to serve as a panel speaker for a gathering of world leaders at the World Congress of Families. The Congress opportunity allowed us to partner with a ministry in Warsaw which organized a three city speaking tour for us. Peter and Mariola Wolochowicz hosted us in their home and Peter drove us all over Poland to encourage families. During the summer, Peter and Mariola’s son, Daniel, spent a month in our home during his 3-month visit to the U.S. to improve his English. He was a joy to have! This fall we had the privilege of hosting Peter and Mariola for a week when they traveled to the U.S. for a funeral. It was an international year for us!

Mark has categorized this year as one of his more challenging years of ministry. We’ve come to understand, however, that a challenging season is also a time of growth and deepening in our relationship with Christ and this year has been no exception. Mark’s love for God’s Word has deepened and God is rekindling his vision for the church. He is taking one day a week to fast and pray for God’s direction in the coming weeks, months, and years.

I’ve been learning the beauty of silence and solitude. Beginning in January 2007, I set aside Tuesdays as a quiet day. I’ve spent most Tuesdays on the sun porch at the Immanuel Bible Foundation, a large home given to the Christian community in Bloomington. Armed with my Bible and several devotionals I’ve focused on “being” rather than “doing.” The slowing down has brought great perspective and a new depth of relationship with Christ. I also released a new book this year that I’m very excited about and Anne and I just put the finishing touches on my new website/blog. You can check it out at http://jillsavage.blogspot.com.

Anne (22) and Matt are flourishing in Zion, IL. They both love their jobs and are learning to do ministry together. Anne 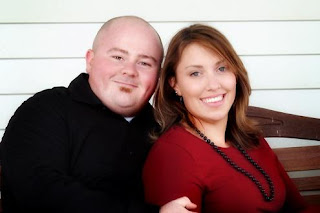 has a wonderful blog entitled “My Life as a Newlywed.” You can check it out at http://annemcclane.blogspot.com/.

Evan (20) flew the coop this year—he’s living with a houseful of guys he serves in ministry with. He’s only about 5 miles away so we still see 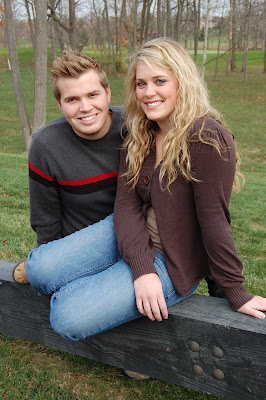 him (and his girlfriend Julie!) quite a bit. Evan joined the staff (part-time) at Eastview Christian Church this year as the worship coordinator for Fuel (their college ministry). Evan was also very excited to be a part of a CD project of original worship music (several that he wrote himself) recorded live at Fuel. This CD project will go to support Fuel’s upcoming mission trip to Romania in May 2008. If you are looking for some great worship music you can purchase a CD by sending a check for $15 ($12 goes directly to support the mission trip) made out to Eastview to 19545 E. 1600 N. Rd., Normal, IL 61761. We’ll then pop a CD in the mail to you!

Erica (17) is halfway through her junior year of high school and wishing it were her senior year. She’s working at IHOP and spending a lot of time painting and pursuing her love of photography. Erica also plays a regular drama role in our church’s KidStuff program on Sunday mornings. She’s starting to think toward college and what she’ll do after high school.

Kolya (13) has successfully transitioned to a new school this year. The Christian school our kids have attended could not provide Kolya the ELL (English Language Learners) modifications he needed for his education. He is thriving in the new school and new program. Not only that, he ran cross country and his team qualified to run in the state championship this year. Kolya has yet to realize just how special that is—for him it was just another race.

Austin (11) has struggled with the new school transition. He also made a switch from private to public school, but he doesn’t like change. Period. It’s been a long semester for him but he was just starting to settle in before Christmas break. Hopefully second semester will be easier. Austin also participates on the drama team for Kidstuff at church and is looking forward to playing football in 2008.

We’re all looking forward to 2008. Mark and I will celebrate 25 years of marriage and will be combining that celebration with Hearts At Home’s 15th anniversary. The entire family will join us with about 130 others on a Royal Caribbean cruise in late June (you can still join us if you want to—it’s not too late!).

Our wish for your new year is that you would find the joy of being instead of doing and the value of letting life’s challenges strengthen you when they come (and they will come!). We also wish for you to come to know our Savior more deeply and personally than you’ve ever experienced before.