Home As A Cultural Center

In my book My Heart’s At Home, I look at all the roles that home plays in our life such as Home as a Safe House, Home as a Trauma Unit, Home as a Rest Area…I think you get the idea. One of the chapters is Home As a Cultural Center and it focuses on home being a place where we have opportunities to learn about other parts of the world and other cultures.

For the past three weeks our home has indeed been a cultural center as we have been hosting Irek, a college student from Poland.

I met Irek’s mother and father via email. His mother had read my book Professionalizing Motherhood in German (many Polish people also speak German she later told me). She and her husband have a ministry to families in Poland and they wanted to know if I would come to Poland to speak to mothers there.

Of course, I initially laughed at the request, but it was months later that I actually found myself in a Warsaw airport with four other Hearts at Home staff and speakers waiting for a man and woman we’d only met over the internet to pick us up. As we waited in the airport, one of the girls said, “What do they look like?” I said, “I don’t know.” Another said, “Where are we staying?” I said, “I don’t know.” Honestly it was such a stretch for all of us! But soon our rides arrived and we quickly became highly regarded guests in Peter and Mariola’s home. Peter had arranged for me to speak at several events as well as several radio interviews. He served as my translator everywhere I went. At the end of our three days in Poland, we had made many new friends and had the opportunity to encourage many families.

That trip launched an effort by Peter and Mariola to have Professionalizing Motherhood printed in Polish. After two years of translation and seeking out a publisher, the Polish version of Professionalizing Motherhood was released. It’s release coincided with my opportunity to speak at the World Congress of Families held in Warsaw, Poland in May 2007. Mark and I traveled to Warsaw for me to speak at the conference and then we embarked upon a week long, 3 city speaking tour in Poland with Peter as our guide.

During our stay we learned Peter and Mariola’s 21 year old son Daniel wanted to spend some time in the USA to improve his English. We invited him to our home and we had the opportunity to host him for about 6 weeks last summer.

Last fall, a dear friend of Peter and Mariola’s died in Missouri. After they traveled to Missouri for her funeral, they spent one week in our home to round out their trip to the U.S.

This summer, Daniel’s brother, 20 year old Irek, wanted to experience the United States and improve his English so three weeks ago I picked him up from O’Hare airport. And let me tell you we have been so blessed by his visit!

Irek is a photographer and artist. As our church moved into a new building, Irek painted a beautiful mural on the nursery wall. He and my 17-year-old daughter, Erica have enjoyed sharing their love of photography. 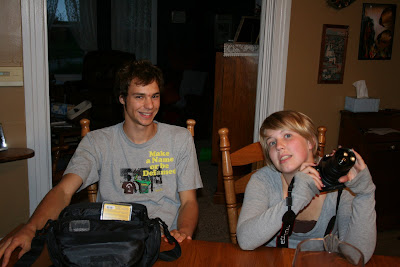 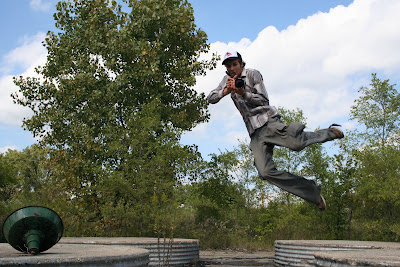 And Irek treated us to some Polish cooking! One night he made “Lazy Perogi” for us! We all loved it! 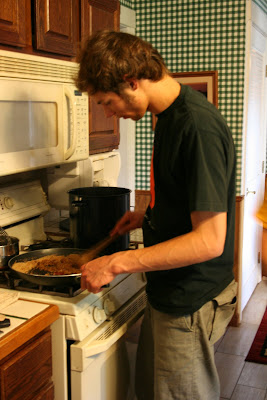 It’s been interesting to see America through the eyes of someone who has spent their entire life in another culture. Here are some of Irek’s observations:

But as much as we’ve identified our differences, I’ve also marveled at our similarities. Our families have similar values. Our church is very similar to Irek’s church. Our friendships are as warm and deep as Irek and his family experience in Poland. And our love for God is exactly the same.

We may be separated by thousands of miles, but our hearts are knit so closely together.