You’ve probably heard the saying, “The apple doesn’t fall too far from the tree.” And then there’s, “One man’s trash is another man’s treasure.”

Both of those sayings seem to describe our family.

Take Erica, for example. Erica and Kendall have been married about 8 months and they live in Augusta, Georgia, where Kendall is currently stationed in the Army.

Erica grew up in our “living with less” family where we often found “trash” or “something old” and turned it into something new.

I was so proud of my girl when I saw her transformed dining room chairs on her blog. Just days before they moved, some friends gave her the functional, but not-very-pretty dining set. Here’s her transformation in pictures. She covered the seats and hand-painted the back rest to match. 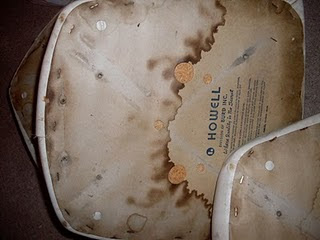 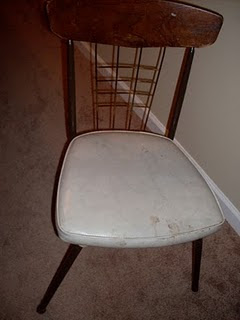 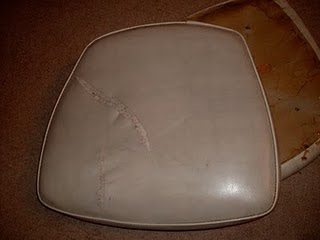 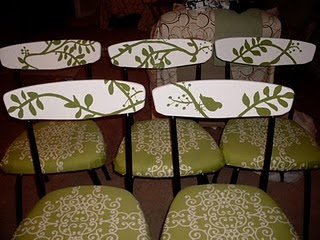 
What about you? What have you refinished or repurposed in some way that was far less expensive than new?