Living With Less: Slow Down 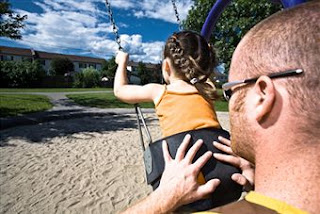 I recently heard a commentator say that scientists have determined that this may be one of the first generations of kids who may not have the same life expectancy as their parents.

Why?  Because of a sedentary lifestyle topped off with a fast-food diet.

I don’t know about you, but that certainly motivates me to get my kids up and moving and make sure we eat healthy meals around the dinner table!

Mark’s job transition in January did just that for us.  It certainly took away about 75% of what we were accustomed to making financially, but it also cut the stress level by the same percentage!   Wow!  What a difference!  I’ve told Mark well over a dozen times, “I have my husband back and I love it.”

Culture says “sign the kids up for every sport available.” Living with less counter-culturally says, “let’s just choose one sport each season.”

Culture says, “climb the corporate ladder and work overtime when it’s available.” Living with less counter-culturally says, “being available for my family is more important than bringing home some extra money.”

Can you think of other messages culture sends and the counter-cultural response we can commit to?