Workshop on the Go: Monitoring Your Child’s Media

At the Savage home, our kids know that before they can go to a movie, we have to read about it on Plugged In.  Plugged In (www.pluggedin.com) is a website produced by Focus on the Family that provides up to date reviews of new movie releases and information on the hottest music, television, DVD and video games impacting popular youth culture.
When my kids ask to go to a movie Mark and I usually respond with, “What does Plugged In say?”  These days, our kids ask to go to a movie only after they have checked it out on Plugged In:  “Can I go to such and such movie?  I already checked it out on Plugged In and it looks ok.”  (Of course, then we check it out ourselves before we give an answer.) 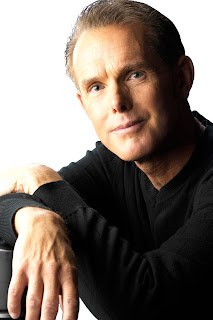 Earlier this fall, as a volunteer coach for an elementary school’s running program, I also played “taxi” driver, transporting two elementary-aged boys to our first meet. We’d only gone a few miles when the conversation turned to the music of disgusting rapper Eminem. It was obvious both boys had listened to this musician’s vile lyrics and looked up to him. I expressed a differing opinion.

Then just as quickly, the conversation switched to movies. The older of the two (11) quickly described a scene from an R rated horror flick. Even though he didn’t mention the title, I knew instantly the film being referenced—having seen it myself as part of my work with Plugged In. To describe the flick as excessively violent would understate the degree of gore. And language? Try 25 f-bombs and nearly that many s-words. Again, I tried to say something, but I think my words fell short.

But the point is this. I’m sitting in a car with two boys barely old enough to tie their own shoes, realizing they have already been exposed to images, language and very occultic spiritual themes that even adults shouldn’t experience.

No doubt you share my concerns. But let me ask, is it possible your preteens or teens have been assaulted by today’s media in some similar fashion? Perhaps, a PG-13 rated movie that should have been rated R (or NC-17)? Perhaps, it’s the content of that M rated video game your son plays when he’s hanging out at his friend’s home. Because whether we like it or not, the media decisions our children are currently making will affect them. That’s why I believe we must train them to honor Christ with their entertainment choices–something that will help guard their hearts for a lifetime.

Just how influential is the media? Just one quick example: According to a September 2008 study at the University of North Carolina at Chapel Hills, adolescents who consume a lot of sexualized music, television and movies are more than twice as likely to have sex by age 16 than their less-exposed peers. This means that when media outlets portray God’s gift of sexual intimacy as a casual act apart from the covenant of marriage, we shouldn’t be surprised when some young people bite hook, line and sinker.

In May 2008, ABC News quoted a young woman, then 22, who explained how the television show, Sex and the City, turned her into a Samantha. “When you’re [a teenager] you try to emulate people on TV,” explained this woman to whom the article gave the pseudonym Lisa. “Carrie smoked so I smoked. Samantha looked at hooking up with random people as no big deal and that’s what I did, too.” Now realizing that Sex and the City’s view of satisfying sex is an illusion, Lisa regrets her choices. But there’s no way to unscramble scrambled eggs.

What can we as parents do to help safeguard our children? I have the wonderful privilege of speaking at all three Hearts at Home conferences next year and I plan to unpack this in more detail then. But let me offer three tips here:

I do believe, though, that while God wants us to be happy, on a narrow mountain pass holiness has the right-of-way. As your children embrace this concept it will help them say “no” to troublesome media products—even when their friends are saying “yes.”

While there are factors like age appropriateness, spiritual maturity, and the possibility of being a “stumbling block” to a brother (Romans 14:13), I think the lion’s share of media choices can be made by asking the question popularized more than a decade ago by the WWJD (What Would Jesus Do?) bracelets. The fad may be passé, but the principle behind it will never fade.

Peter, James, John, Abraham, and Moses didn’t have to worry about what movies their sons might watch, what songs the DJ at the high school dance would be spinning, or what TV shows their daughters might be watching on their cell phones. Nor did they face the challenges of texting, YouTube, Facebook, Twitter, Second Life, Hulu, or Pandora. We do.

Even though the Bible never says, “Thou shalt not listen to gangsta rap,” it’s full of passages to help us navigate the culture. It’s the place to go when you’re looking for authoritative answers—a much better place than “Because I said so” or “You’re embarrassing me in front of all the other parents at church.” One of my favorites is Psalm 1. Read it again, considering that the mocker and scorner may be some actor, singer or character in an electronic game.

More than anything, we want our children to not only practice discernment while they live under our roofs, but that they embrace these truths for a lifetime.


What about you? What resources or strategies do you use to monitor your child’s media?